After college, at the beginning of my career, I grouped people in the working force into two groups: The ones who had “fire” and the ones who didn’t. I had it. I had that drive to shine. To thrive in my career and become the best in whatever field I chose to pursue. I talked about it a lot too. It was just such a big part of me and I wanted to share my motivations and desires with the people I cared about.

That was until about a year ago. I can not pinpoint the exact moment it all changed. I suppose it was somewhat of a slow process. In retrospective though, I do know why I lost my “fire”, as I would call it. But more on that later.

First of all, let me explain to you what I mean by term “fire”. It is that marvelous feeling that you have inside of you whilst thinking about your career and the places you will go. This strong drive that comes from within, that makes you work hard and do anything to be the best version of yourself. Be it in your career, like me, or really anything that you would like to fill your life with. It’s pure passion. To me, it’s everything.

And like I said, at some point, I lost it. I worked in an environment that suppressed my longings of greatness. Of achievement and of becoming the best possible version of myself. An environment that tried to push me down and keep me small. However, I am not going to blame anybody for it, because when it comes down to it, I am the one who stayed when I actually didn’t have to. I tried to wait it out and it cost me my spark.

What happened afterward? Well, as I mentioned, it was a slow process. But what it came down to, was this:

I didn’t enjoy going to work. I absolutely loved what I did (I still do!) but I didn’t enjoy working for it anymore. There was no drive left, up to the point where I physically just couldn’t get out of bed in the morning. And not in the “I am tired. Just 5 more minutes” kind of way. I was wide awake but I just couldn’t move. Something in my mind blocked me completely. Up to the point where I couldn’t find joy in pretty much anything anymore.

I don’t want you to make the same mistake. Whenever anything like this happens to you, I want you to see the warnings. And I want you to know that it is time to act on them. Waiting it out is not an option. It won’t get better. Because of that, I have listed some warning signs that I should have seen and acted on. Here they go:

The feeling of being put down can surface in many ways. Be it that a supervisor is constantly talking down to you like you are a misbehaved student. Or maybe your boss is degrading your work, although you know how much time and effort you put into it. You know it’s good work.

In any case, if those situations are repeating themselves more than they should: Either speak up for yourself or get out!

This is actually something I recognized right at the beginning. Many of my colleagues, who had been working in the firm for a while, lacked passion. They were doing the absolute minimum of what they had to, in order to get out of their chairs right as the clock turned 6 pm. And I remember thinking: “What bums. How can they not love this job and their clients as much as I do? How can they treat their job with such disheartenment?”. I couldn’t believe it. It was much later that I realized that these colleagues too had walked a slow process getting where they are now: disenchanted and phlegmatic. And more than that, I realized how poisonous it actually is to step into an environment, filled with unenthusiastic people. I had to learn that no, you can not change the environment. The environment changes you.

Now, this wasn’t true for the first few months I spend at the firm. I had two amazing supervisors, who were not only competent but inspiring and great mentors in any way. I still talk to them to this day and hope the relationship will continue, as they are the role models I wish had stayed in my professional life. But they didn’t and I should have gotten the hint as they left the company. Obviously, I did not. Instead, I stayed, in desperate need of guidance and someone to look up to. Other supervisors came and went, but they either didn’t have the time or the compassion to be a leader and a mentor.

Truthfully though, it wasn’t all bad. I taught myself a lot and learned how to stand on my own two feet, which is a great lesson in itself. However, you should never underestimate the power and help of a real mentor. Are you at work right now? Look around. If your thought process goes something like this: “There is no one. I look up to nobody I aspire to be”. Get out now!

I might just be big headed. Maybe I simply didn’t do a good enough job. I thought I did though. I was working my butt off with everything that I had. Took on responsibilities, had to make choices that were way over my pay grade and worked harder and longer than almost anybody else. When it came down to a salary negotiation with the boss though, he had no notion of my responsibilities or clients. He asked me what I wanted. Well, call me foolish, but I expected recognition, trust and maybe even a promotion. Instead, he left me defending my actions and explain to him in excruciating detail why I deserved any of those expectations. Needless to say, it was never “the time” for any of them.

When you ever find yourself in a situation, where you believe you deserve more and have the actions to prove, but your boss can always find a reason not to promote you or give you the raise you deserve: Get out!

Although I have left the working environment I was in, I have not quite gotten my fire back. I am working on it though because I know it is one of the best things I have going for me.

I hope this post can help you avoid losing the fire that you have inside yourself.
No job or person is worth losing it. 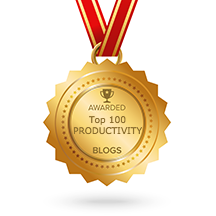